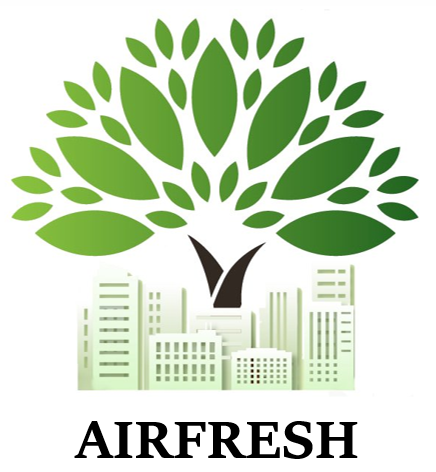 Aix-en-Provence in Southeastern France (143,000 inhabitants) has a Mediterranean climate and is the third most polluted city in France. By 2100, the annual mean temperature will increase by + 1.9-4.6°C, and up to 5.7°C in summer. By way of comparison, in Aix-en-Provence, during the 2019 heat wave, the deviation was + 3.5°C compared to the nearby cities. In 2019, the EU target values for the protection of human health were exceeded for NO2 and O3. The main species are Platanus spp., Populus spp., Quercus ilex, Pinus halepensis, Ulmus spp. and Cupressus sempervirens.

Florence in Italy (380,000 inhabitants) has Mediterranean climate and is surrounded by hills reducing air circulation and worsening air pollution. In the last 20 years, the air temperature increased by + 0.3-1.0°C and by 2100, the annual mean temperature will increase by + 1.5-3.7°C. In 2019, the EU target values for the protection of human health were largely exceeded for NO2 and O3 in Florence. The main species of street trees are Platanus spp., Celtis australis, Pinus pinea, Tilia platyphyllos, Quercus ilex, Populus nigra var. italica, Ulmus spp., Robinia pseudoacacia, and Cupressus sempervirens.

Southeastern France and Italy are the highest O3 risk areas in European Union with increasing O3 levels in cities. In 2019, about 95% of the population of both cities was exposed to PM2.5, PM10, NO2 and O3 levels exceeding the WHO target values for health protection.

In 2019, a total of 55 and 260 premature deaths for non-accidental causes were attributed to O, NO2 and PM10 in Aix-en-Provence and Florence, respectively. A total of 163 and 1400 hospital admissions for cardiovascular and respiratory diseases was reported in both cities. For O3, we observed a high number of hospital admissions for cardiovascular endpoints, i.e. about 67 and 336 per 100,000 people at risk in Aix-en-Provence and Florence, respectively.

The new planted trees in both test areas will enhance the abatement of air pollution and urban heat island. The tree will also contribute to carbon sequestration and improve the infiltration of runoff water.

The City of Aix made a plan to develop and protect its public tree heritage. The Tree Charter consists in preservation of the existing tree heritage. From now, the City wants to determine whether trees can be planted in certain quarters, which tree species, which planting and management strategy, and how to increase the pace of new plantations.

The charter aims to: 1) make people aware of the role of trees in the city; 2) evolve and adapt best practices; 3) prepare the renewal (e.g. methods of planting, places of plantation); 4) make the tree one of the vectors of nature and biodiversity in city; and 5) set up communication tools towards public. 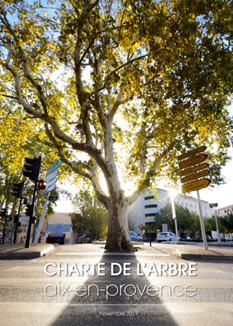 From 1st January 2024, partners will start to collect the data needed (e.g. air quality model outputs, vegetation structure, tree distribution, local settings) for replication in Zagreb (804,000 inhabitants). In 2019, the annual mean concentrations of NO2 and daily O3 and PM10 concentrations exceeded the EU limit values in Zagreb. The Croatian Forest Research Institute will put the guidelines and recommendations into practice in Zagreb beyond 2024 for tree planting strategy to improve air quality and citizens health. The main aim is to verify possible shortcomings and correct them before the end of AIRFRESH and before replication in Bucharest in Romania (1.9 million of inhabitants) beyond 2024.

Follower cities such as Birzai, Kretinga, Kupiškis, Rokiskis, Vilkaviskis and Vilnius in Lithuania will build on the evidence and knowledge base generated in the front-runner cities, to develop their own local urban plans for replicating and adapting urban forests-based solutions to suit their local settings.